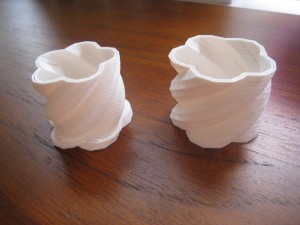 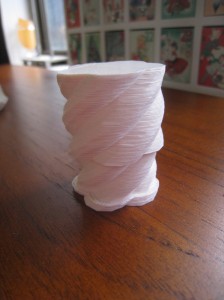 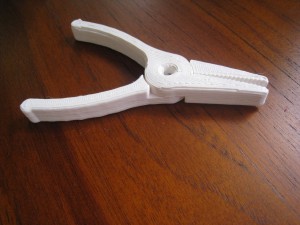 I was printing out the 3D-knot as a bit of a demonstration / vanity piece. However, when the print was at 77%, I accidentally disconnected the USB cable!

Unfortunately, the cable I have at the moment isn’t long enough to reach my printer, so I use a USB-extension cable which is a bit prone to coming apart. 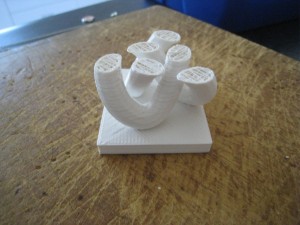 It was looking really good, with only a little bit of lifting up at one corner. 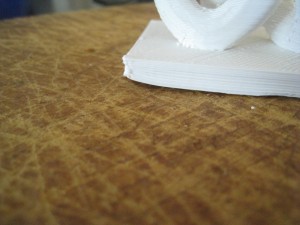 I noticed that a few of my recent pieces have had this lift-up issue. To combat it, I’ve made the following changes:

That’s really helped on the last couple of earbud holders I’ve printed out. I’ve also figured out how to take some really nice videos:

Finally finished printing the spool. Printed out the last couple of bits tonight, and assembled it this afternoon.

The most difficult part was the support arm that sits on the frame, the spindle. In its standard orientation, it wouldn’t fit onto my print area. I had to load it up into EasyFit, and rotate it 90 degrees. Currently my X-axis only has 155mm of travel, while Y has 175mm. Once rotated the piece fit on fine. However, I printed out the wrong one! I printed out this spindle, but it was too narrow, causing the spool to flop around. I had to print out the spindle from this page. It’s a bit tight, but should loosen up with use (and maybe some sandpaper.) I also printed up a filament guide.

Here’s the assembled spool. Looks great, and will keep my work-area a bit more tidy. As you can see, I’ve almost finished off my first roll of filament! 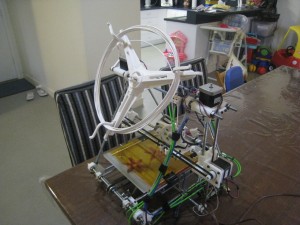 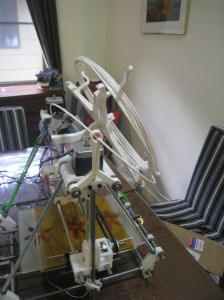 And a video of the spindle being printed. 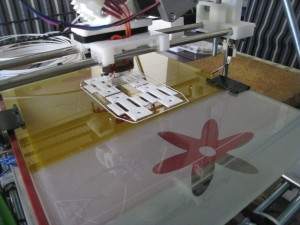 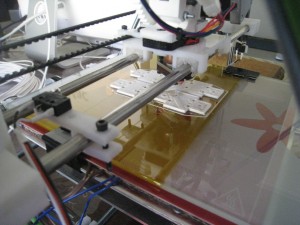 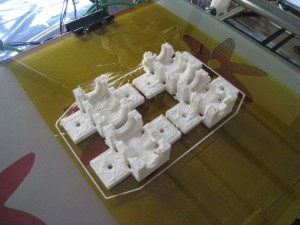 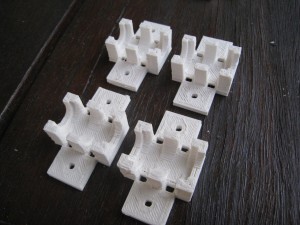 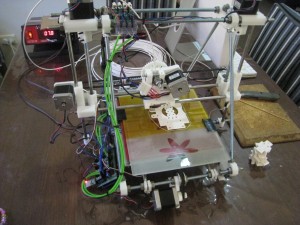