When I was at university, for my undergraduate thesis, I wrote an excel add-in that performed pit optimisation calculations.

Over the years, I’ve received a surprising amount of requests for UPL. There’s definitely a demand for a free pit-optimisation program, particularly for universities and other smaller organisations that cannot afford expensive full-featured packages such as Whittle.

It’s particularly good for students, as it can teach the basics of block-model optimisation without getting too bogged down in fine details, or for creating a first-pass result. Having Excel as its front-end was an excellent choice, as it is a user interface that everyone understands.

The original site I had for UPL is dead, so I thought I’d create this page, and redirect the original page here.

I bought some new filament colours a couple of weeks ago, which were an immediate hit with the kids. Since then, I’ve been printing out a few toys for them and their friends, mostly dragons and octopi.

I’ve had to tweak my slicer settings a bit to get the octopus to print correctly, since it has some very-small surface area features that had trouble sticking to the bed. Changes:

With these changes, the prints are coming out well, sticking to the bed, and looking absolutely fantastic. This level of detail would have been nearly unheard-of with the old Reprap machines back in 2012.

Even though the first print turned out very good, I knew that there was a lot of improvements to be made, so I did some calibration.

The guide I used for calibration mostly came from the 3D Nation guide. The primary steps I followed were:

The extruder rate calibration was pretty easy, removing the Bowden tube from the extruder and measuring the feed on 100m samples. I ended up having to adjust mine by about 0.5%. Commands use were:

Next up was the Extruder PID calibration. Fortunately, the Marlin firmware makes this ridiculously easy with the following command:

and then taking a note of the outputs. For my printer:

Which are then set using the command:

The temperature tower was the next test, which was pretty easy, given that you only have to load up some gcode and hit ‘print’

As you can see from the image, the filament I have works best at between 195 and 200 degrees, which is pretty typical. You can also see that the printer seized up at bit on the 185 and 190 degree layers. This was just a bit of binding on the z-axis leadscrew. Putting some lithium grease on the leadscrew solved that problem.

The next test was retraction. This one gave me quite a few issues. Overall, the print turned out great, but I just could not cure the slight stringing issue between the two towers, no matter what my settings. I’ve just accepted that this cheap filament is just a bit too stringy to be fixed. The stringing is extremely minor, and very easy to clean up after the fact.

Here’s a comparison of the same piece – after (left) and before (right) calibration. As you can see, big differences. The new print is essentially perfect. Not really sure how to improve this much further.

and another print of a puzzle box, which also turned out great.

Our cat, Coco, enjoyed playing in the box the printer came in while I was building the printer.

Here’s the first print off the printer. No calibration, default settings in Slic3r. Amazing, right off the bat. 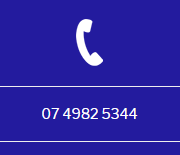