I had this comment a while back on one of my older posts:

I don’t use much in the way of settings these days. I use SFact on pretty much its default settings. The only changes I make are to the layer height (0.33mm), and the number of extra shells (0 to 1, depending on the print). Even the retraction is now kept on the default settings.

When I was complaining about the print quality of the Prusa in a recent post, I didn’t really mean it. Look at these photos. 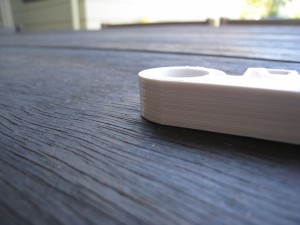 Fantastic. X, Y and Z axes are all spot-on with their precision. But I’d like to do better still, particularly in getting rid of ‘dribble’ from the hot end. 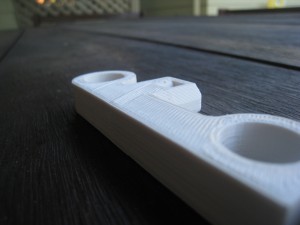