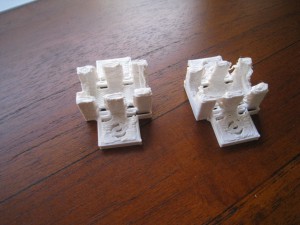 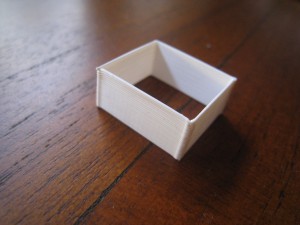 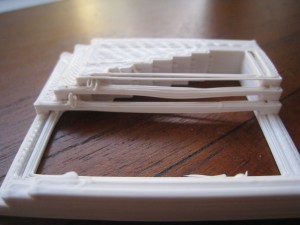 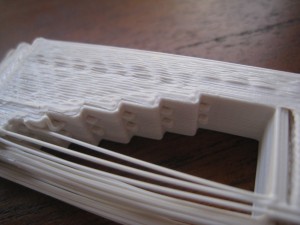 One of the things I try and teach younger engineers (whenever they’ll listen – damn Gen Y’ers) is that it’s possible to over-think a problem. You end up burrowing down so much that you become entangled in the work, and generally end up with a much more complicated solution than what’s actually required.

When thinking about changes that I had to make to skeinforge, I realised that I had too many variables – one of the classic symptoms of over-thinking. I had made too many changes to the original settings, and I wasn’t sure which ones I needed to change back, or other ones to change. 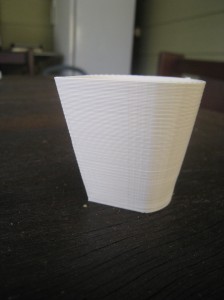 Emboldened by this success, I thought that I’d try and print out a useful part – a LM8UU Y-axis bearing holder. After looking at the options on Thingiverse, I finally settled for Digifab’s design. 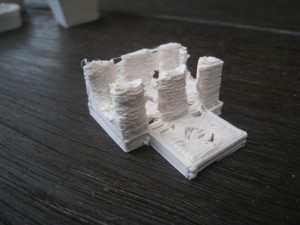 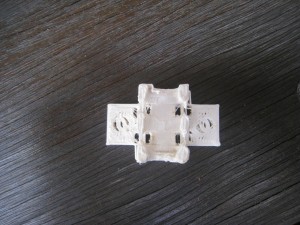 Classic overspeed melted mess. That makes sense. When I did the shot glass, it was at original SF speed, up to 60mm / s. That was clearly way to fast for such a small piece as this. I’ll try it again tonight, but at a much slower speed. 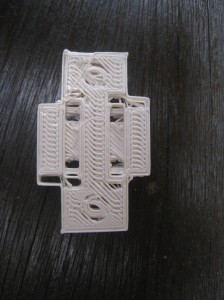 The heatbed is working great. No problems at all getting the prints to stick.