When the Odroid is running, it’s got a bright flashing blue light. I found this to be very annoying, so I found a way to switch it off. You can switch it off directly by running the code:

But for a more permanent solution, just add the second line to the file –

This file gets called by odroid-tweaks.service, which gets run at startup.

I picked this up a couple of weeks ago. It’s the Odroid XU-4. It’s basically a Raspberry Pi, but with significantly enhanced specifications – it uses a Samsung Exynos processor, EMMC storage and 2GB ram. 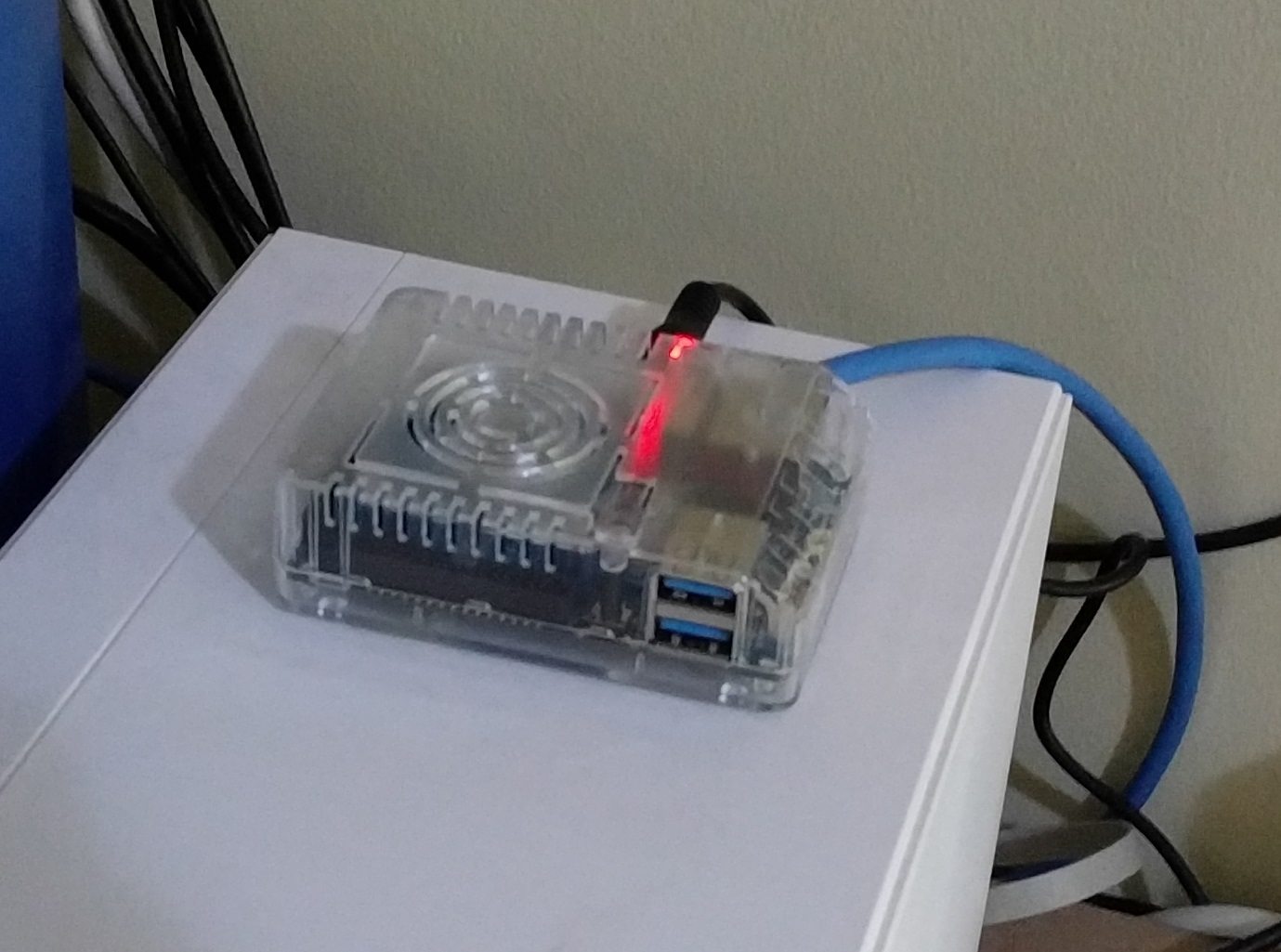 It’s about twice the price of the Pi, but with over 4x the performance. It can run a variety of Linux and Android OS’s, with images supplied by the factory, though you can use any you want, provided you can compile up the right kernel.

You really notice the performance increase over the Pi. The eMMC storage, in particular, is vastly faster than running of an SD card like the Pi does.

I thought I’d use it as a Linux server. I wanted to try to run one at home, but I didn’t want to run my large desktop computer, with its high power needs. The Odroid only uses a few watts at peak.

So how’s it working? It works great. I’ve currently got this blog and another site that I use hosted on it, and I think it actually works quicker than the shared hosting that I was using previously.